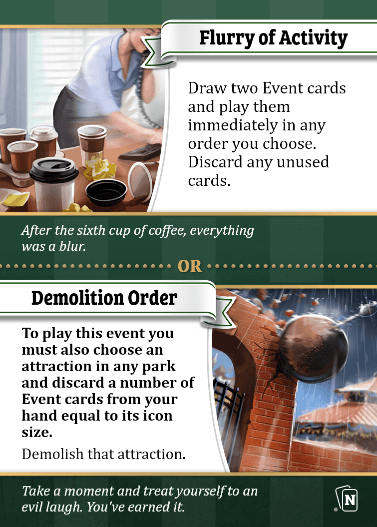 Since the rule says "play them", not "you may play them", using the revealed Event cards is not optional. If you can play them, you must.

Cards can go unused only if they require some prerequisite or have some cost that you cannot meet. For example, if you have no attractions, you cannot build an upgrade for free.

Previously "Choose an attraction in any park and demolish it. To play this event, you must also discard one Event card from your hand for each ribbon icon to be demolished."

The rule effect wasn't changed at all, but the wording was rewritten.